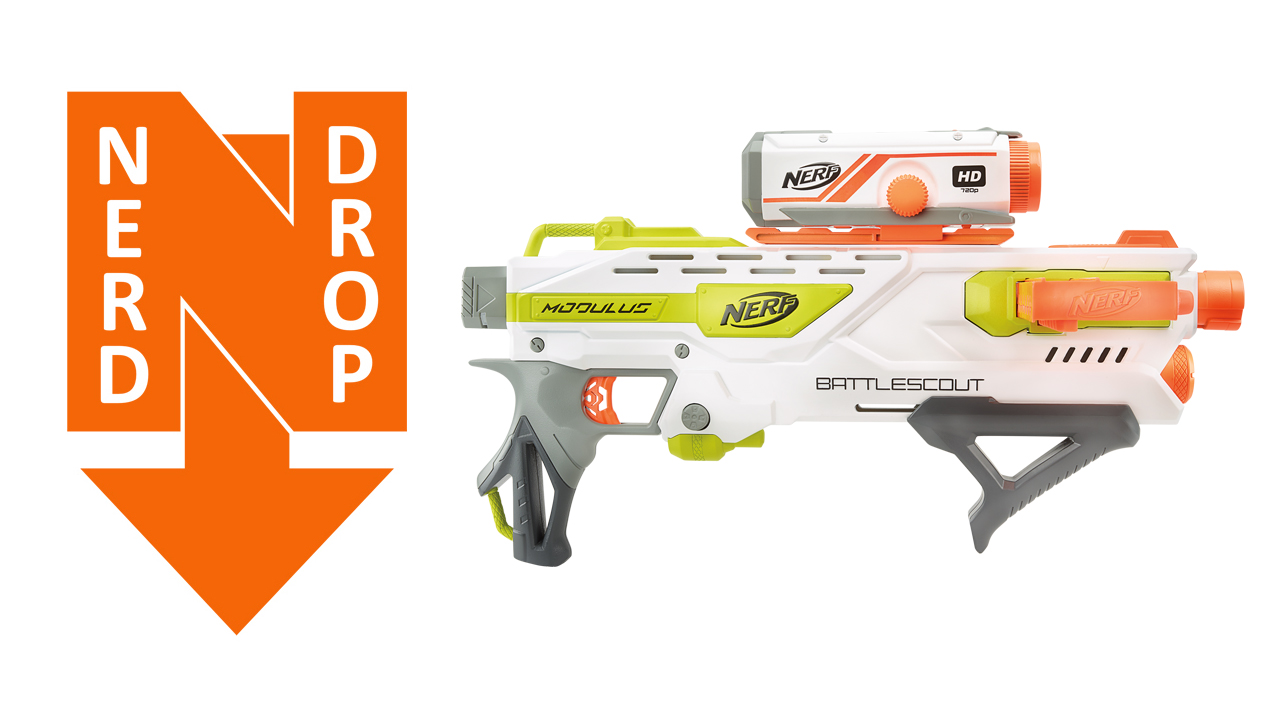 Here we have the final reveal before the New York 2016 Toy Fair; the Nerf Modulus Battlescout ICS-10! The Battlescout is a spring-powered blaster (it may have slam-fire, we’re not sure yet) that uses a new style of integrated clip similar to the Magstrike (and BoomCo blasters), but only has one row of darts. I’m hoping that the clip will be removable and there will be extra available in the future, but I’m waiting on some more information from Hasbro about that.

The blaster has a $70 price tag, and for the blaster alone, that would be way too expensive. Most of the cost is due to the brand-new HD camera tactical rail accessory that’s included. There’s no word yet as to the exact specifications on the camera, other than it’ll need 4 – AAA batteries and record in 720p. We’re hoping that it’ll have a small screen, record in 60 frames per second, and use a decently sizable micro-sd card for storage.

This blaster seems to be the last blaster before toy fair, but we believe that there will be at least a few more blasters revealed at toy fair that’ll be at a price point below $40. We’ll be sure to release an update if we get more information not available in the description below. 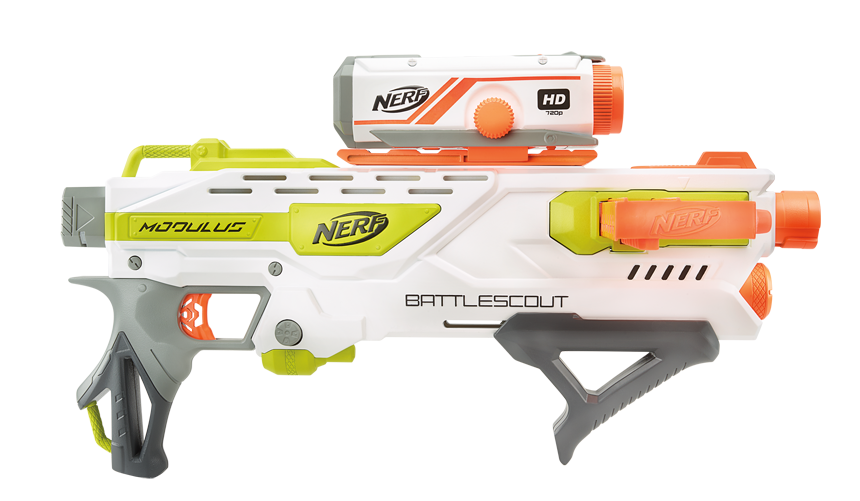 Dominate the battlefield and record every victory with the NERF N-STRIKE MODULUS BATTLESCOUT ICS-10 Blaster! Featuring a high definition MODULUS camera, this 10-dart integrated clip-fed blaster captures the excitement of every mission. Share videos and photos of battles with friends to see who has the best shot! Includes detachable 720pHD camera and 10 MODULUS darts. Requires 4 “AAA” batteries, not included. Available at most major retailers nationwide and HasbroToyshop.com.