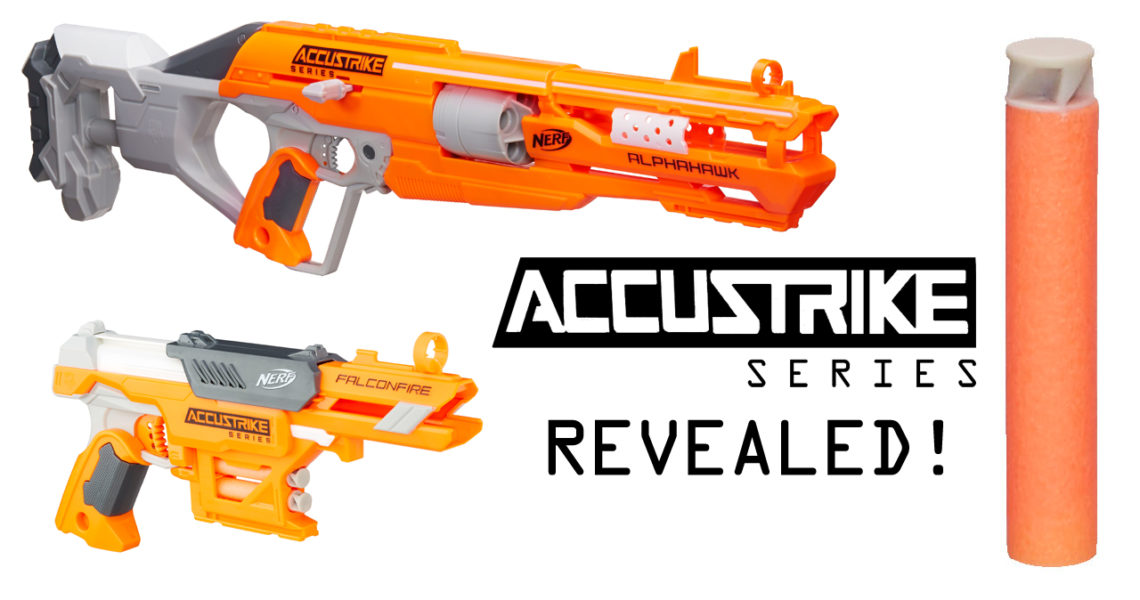 The beginning of the Nerf Accustrike line has now been announced! The Nerf R&D Team has apparently been hard at work developing new darts and blasters to go along with them! These specialized Darts are the familiar orange foam, tipped with a grey rubberized plastic that’s quite similar in overall shape to the Streamline tip but with notches that appear as though they may cause the dart to spin. We assume this is what causes the darts to have the increased accuracy claimed in the descriptions of the blasters.

It’s interesting to note that there are no range claims along with these blasters (though they are called N-Strike Elite blasters). This makes us wonder if there is a trade off in distance with the better accuracy, and how well these darts will work in magazine-fed blasters. We believe they will work of course, but will the power of other Elite blasters reduce the accuracy of the dart? We’ll have to wait a bit to see whether that’s true, because the Accustrike blasters are set to hit shelves in Spring of 2017.

However, not all of us will have to wait that long. Namely those of us that have been keeping up with the Nerf Perks program. Starting in December, the Nerf N-Strike Elite Accustrike Alphahawk will be available on NerfPerks.com as one of the possible rewards to use your accumulated points. No word on how many points you’ll need, but using the other products as a guide, we expect it to be around 3800 points (based on the retail price of the Alphahawk and the Brainsaw, both $29.99). To get you a little closer to that goal, the people at Nerf have given us a special promo code for our readers/viewers! Use the promo code nerddrop2016 before November 5th, 2016 and you’ll receive 100 bonus points! 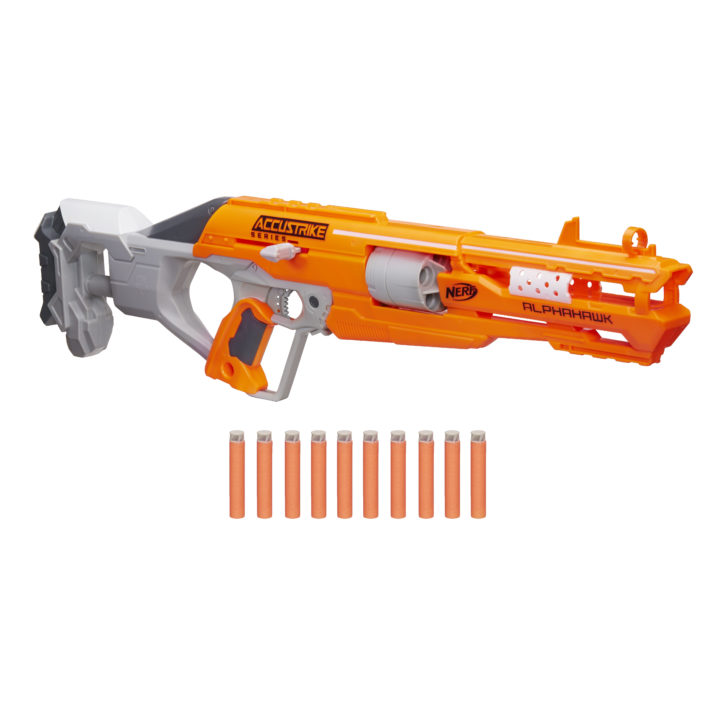 The NERF N-STRIKE ELITE ACCUSTRIKE ALPHAHAWK blaster lets players experience the best in performance and precision the NERF brand has to offer! This bolt action blaster with a five dart rotating drum, and integrated sight and stock is designed to line up your shot for precision targeting. Includes 10 ACCUSTRIKE series NERF darts. Available at most major toy retailers and at HasbroToyShop.com 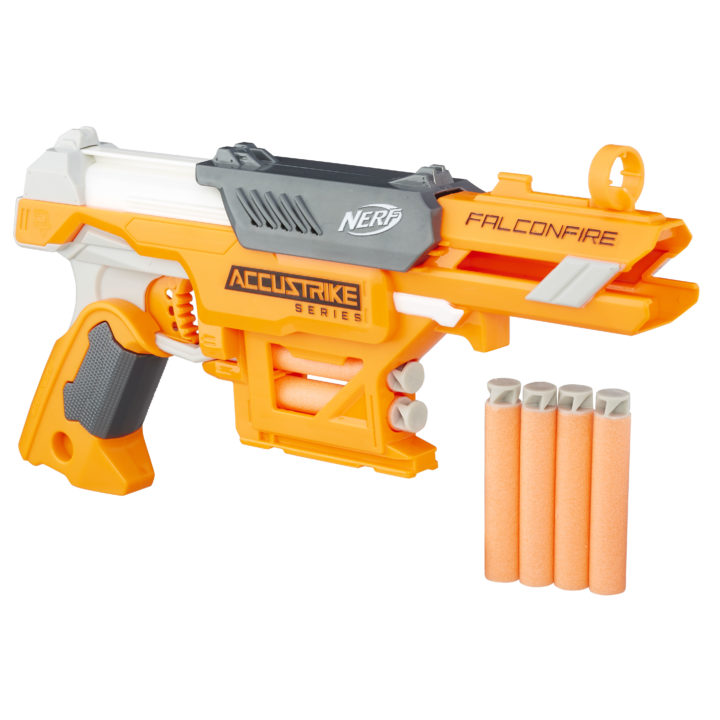 You can hit YOUR mark with precision with the NERF N-STRIKE FALCONFIRE blaster! The ACCUSTRIKE series darts are designed for greater accuracy. Just load one dart into the top of this single-shot blaster, take aim, and fire! Includes six ACCUSTRIKE series NERF darts. Available at most major toy retailers and at HasbroToyShop.com 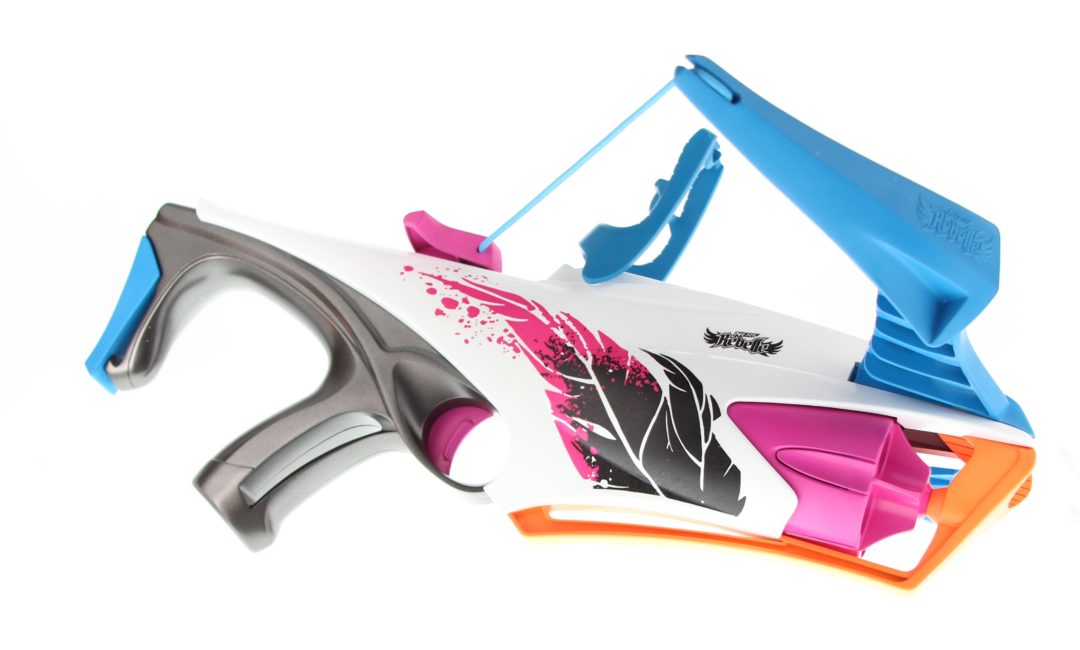 Find your target and take a shot with the NERF REBELLE FOCUS FIRE blaster. This front-loading crossbow-style blaster offers NERF REBELLE fans the chance to hit their mark with increased accuracy and precision. Includes five ACCUSTRIKE series NERF REBELLE darts. Available at most major toy retailers and at HasbroToyShop.com 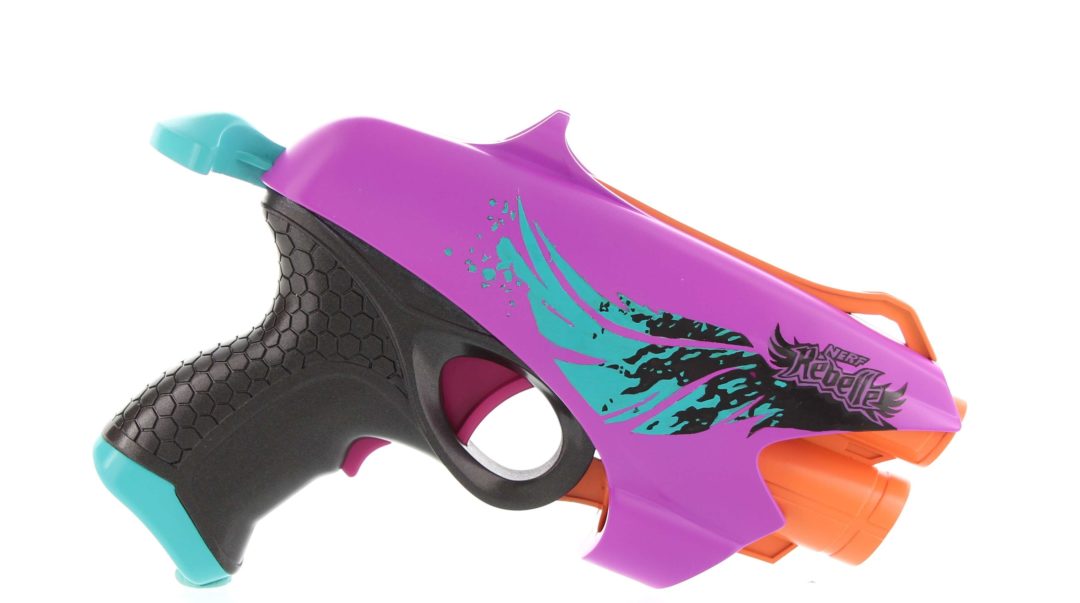