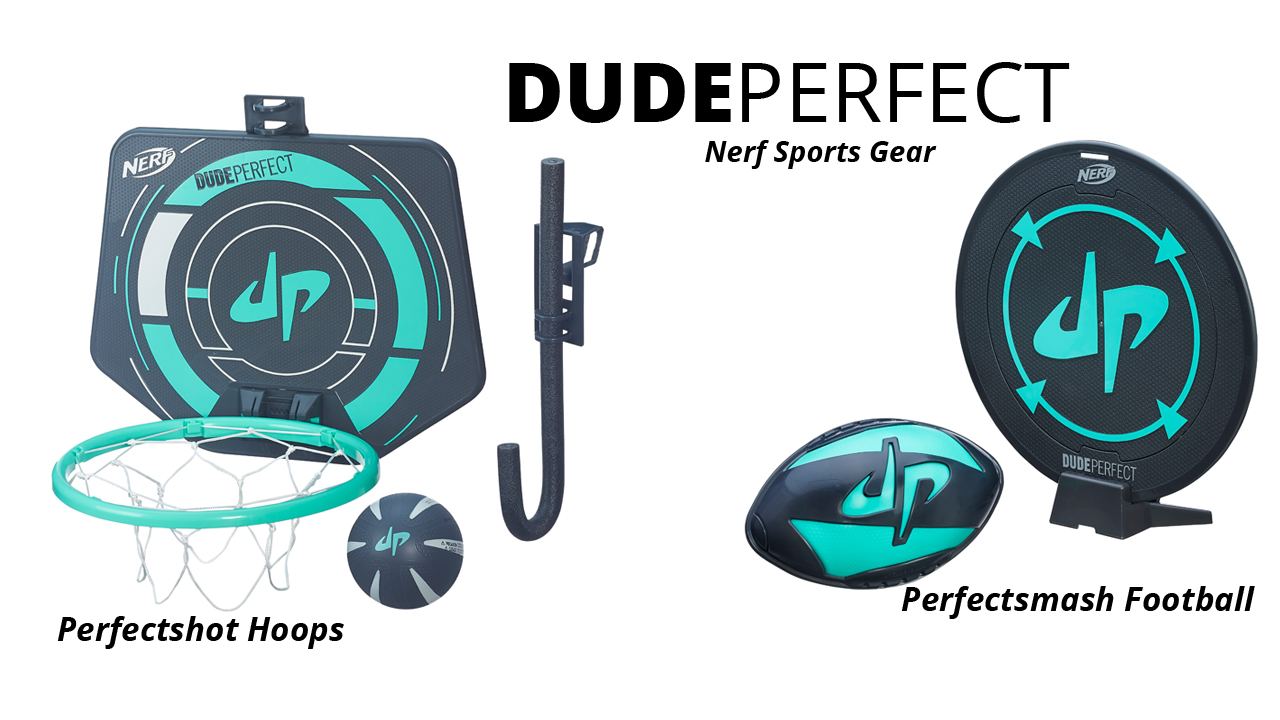 The first two items in the 2016 Dude Perfect NERF lineup include the PERFECT SHOT HOOPS Set and PERFECT SMASH Football which can be used indoors or outdoors and feature advanced designs allowing for greater trick shots and action-packed challenges. The sets will be available for $19.99 for ages 6 years and up at major retailers nationwide and HasbroToyShop.com. The co-branded line will continued to expand in 2016, more details to come.