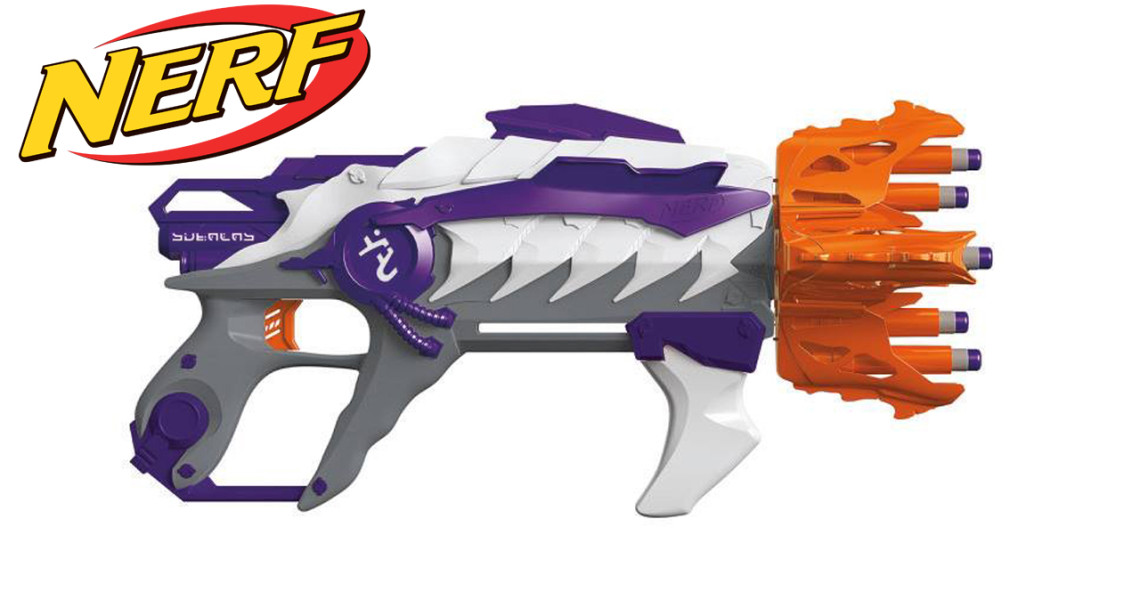 The new blaster reveals from the New York Toy Fair have begun! We start with Nerf, the images were found by UK Nerf and posted on facebook. As far as we know, these new blasters haven’t been seen at Toyfair, but we have all the information about them. We can only assume it may be something they’re not showing everyone.

The new Alien Menace blasters look very interesting. Unlike much of modern Nerf, these have a very techno-organic feel to them. These particular blasters appear to be renders, so not exactly the final product, but nonetheless, I am very interested in getting my hands on these. And those prices aren’t nearly as hefty as those of the blasters that were revealed a couple of weeks ago. The Alien Menace blasters are listed as being exclusive to Toys ‘R Us, and with as ‘out there’ as these designs seem, it would make sense that these wouldn’t hit the shelves of most retailers. 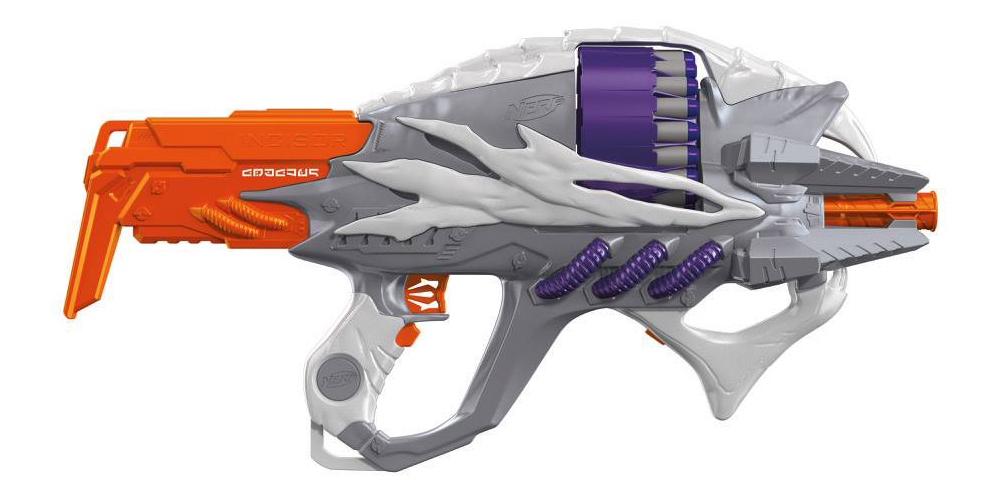 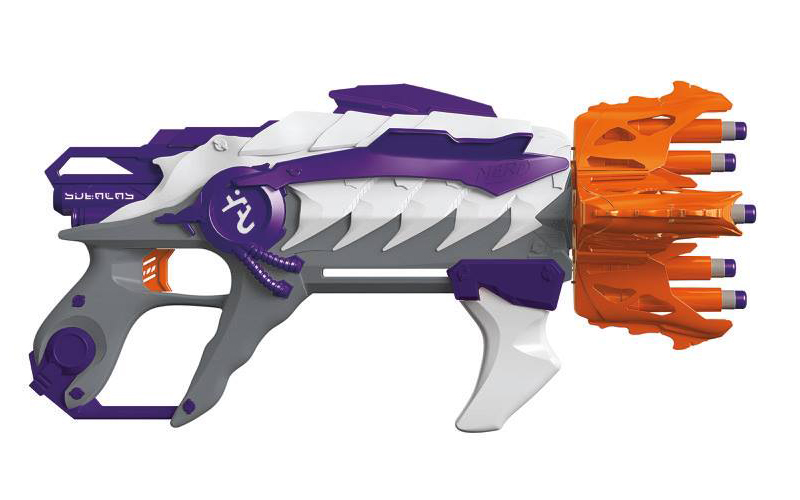 The original Doomlands blasters (the Lawbringer, Vagabond, and Persuader) have a certain style to them, and the newer Doomlands blasters seem to break with this style while seeming to keep with the theme of an apocalyptic 2169. I definitely really like the Desolator and Longarm, I’m only hoping we’ll see decent performance to match how cool they look. The Longarm definitely looks like a Spectre without the barrel extension and stock attachment points. And that brings up something that I think these blasters are missing: they aren’t Modulus blasters. If these had barrel extension attachment points and the Longarm had a stock attachment point, I would be even more excited for them.

This is not the largest blaster we have this year, and it’s not designed to be. As it’s name would lead you to believe, it’s meant to be a pocketable blaster, and though it looks weird, I’m looking forward to getting my hands on this and seeing how comfortable it is in my pockets, unlike the Jolt (the blaster, while small, had a priming handle that would stab in to your leg). 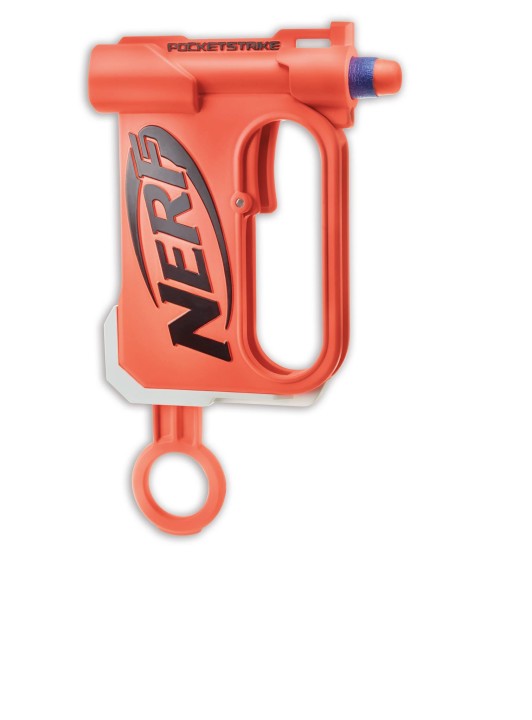 This new Rival blaster that joins the Khaos blaster in coming out later this year is definitely a curious thing that I really want to see in action. It’s about time that Hasbro releases a shotgun-style Rival blaster, and I honestly thought something like this would have come out closer to the original release of the Zeus and Apollo. The Rival Atlas comes with a 12-round magazine and 24 Rival Rounds, and fires 2 rounds at a time! What I’d really like to know is how they manage two rounds out of one barrel. There are multiple ways one could make it work, but since this appears to not need batteries, I’d think it fires somewhat like the Apollo. Assuming that, I’m concerned that this blaster will be an under-performer using the same mechanism as the Apollo. Then again I may be completely wrong in assuming the mechanism is the same or similar to the Apollo. 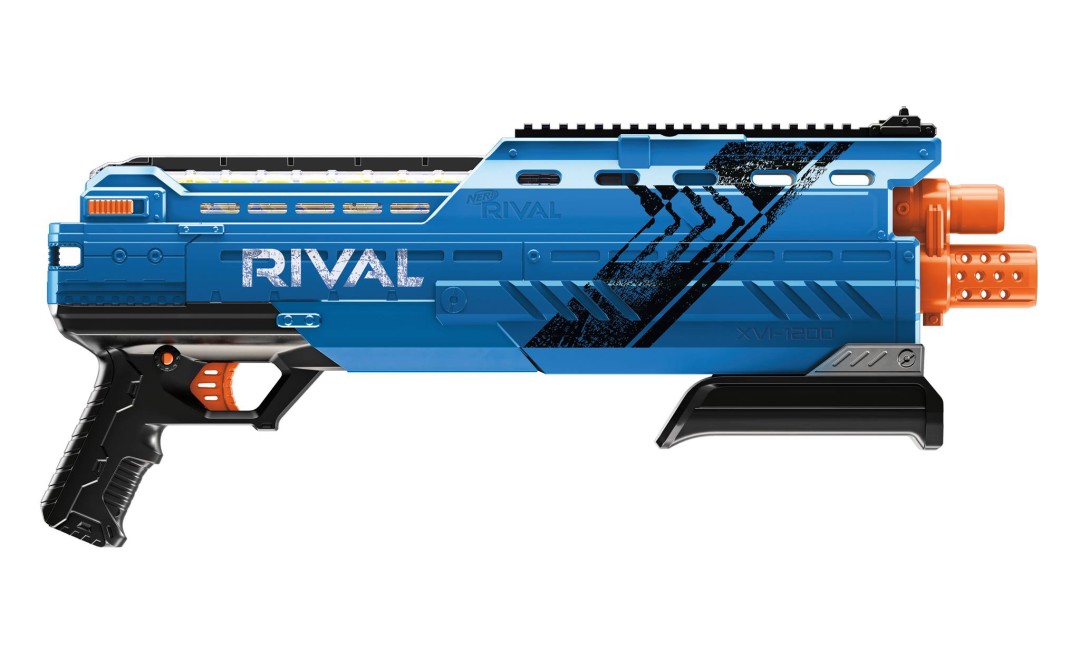 On the Modulus side of things, we have the Tactical Gear assortment which appears to be 3 accessories that will be sold separately from each other (as the price is $7.99). The blaster is an over-under 2-barreled grip, and it’s joined by a flashlight (torch) and a targeting beam (laser-like accessory). I’m glad that Hasbro has finally come out with an under-mount blaster for the Modulus. As a matter of fact, all three of these of these accessories are a long-time coming, as they’re actually somewhat practical. 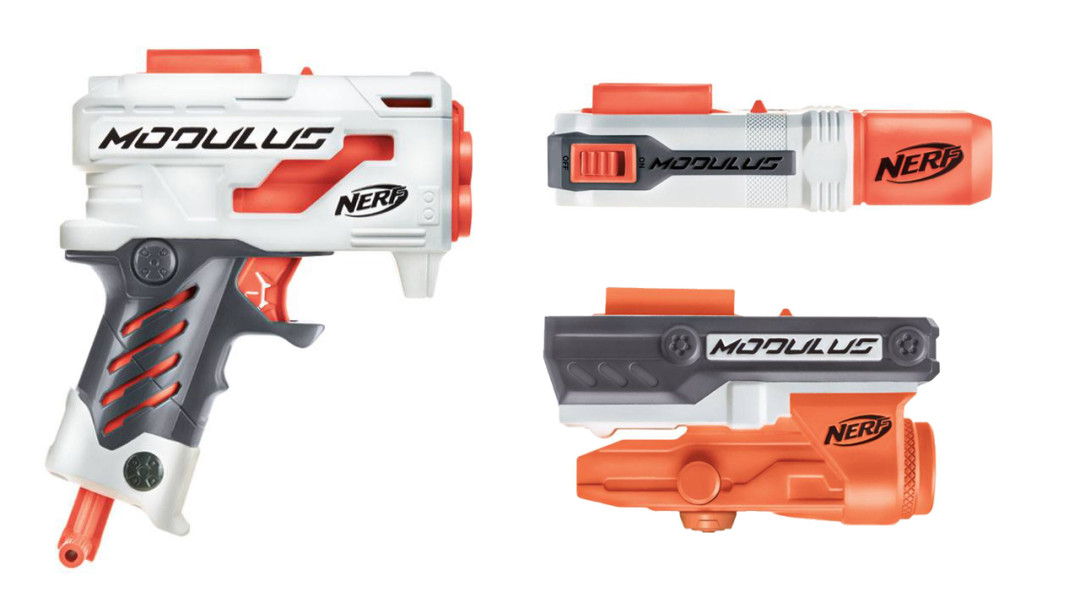 So what do you think of these somewhat-more-affordable blasters slated for fall of 2016?