In this video, we take a look at the Nerf Rebelle Secret Shot and Mini Mischief blasters.

The ads above were put there for your information, Should you choose to purchase something through these links, we’ll get a small chunk of change to help us run the site. Thanks! (Click for our Ad policy)

In this video, we take a look at the Vampire Hunter, Sidewinder, Blastzooka, Gunsmoke, Predator, and Sonic 6 blasters from BuzzBee. 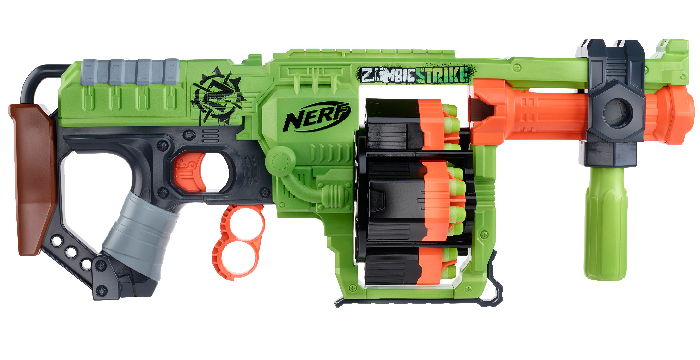 Looks like another blaster has dropped on to the Nerf scene, this time the Nerdist has got the scoop on this one. The Doominator is a Zombie Strike blaster slated to come out this fall for $39.99. According to the article, it’ll be available at most major retailers as well as HasbroToyShop.com.

This beast of a blaster looks like another bastard-child blaster, this time the result of some sordid relationship between the FlipFury and SlingFire. If you’ve taken a look at the article, they say that:

The action lever also provides a quick reset for the next dart, a la the excellently designed SlingFire rifle.

However, we don’t believe that this is the case (they don’t provide the marketing blurb in the article, so we’re just going on appearances and logic). If you’ve gotten your hands on the FlipFury, you’ll know that the secondary trigger simply activates the mechanism to rotate the cylinders around. We believe that the two-fingered lever here performs the same function. We think that the fore-grip is actually what primes the blaster and advances the individual cylinder to the next dart. We’ve emailed our contact at Nerf in hopes of more information on this blaster, and will update this article accordingly. 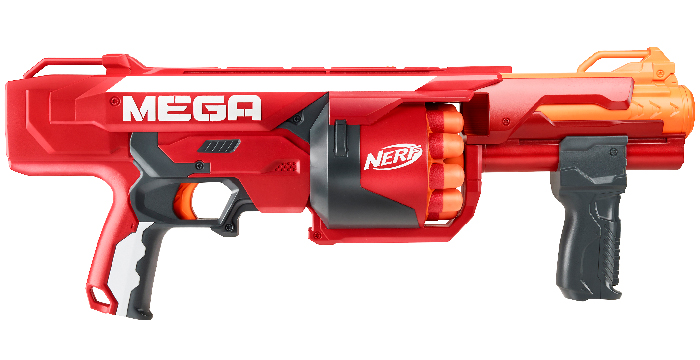 We have some awesome news to share with you! Presenting the Nerf Mega Rotofury! This blaster looks like the bastard child of a Vortex Revonix and an Elite Rampage, and we’re not at all mad about that. We’ve been waiting since the news first broke about the Mega line for something like this. Unfortunately it looks as though we’ll have to wait a little bit longer, as it’s supposed to hit shelves this fall (but we think it’ll probably come out late summer). Check out the blurb below for more information:

Supersize your NERF battles and dominate the field with the highest capacity MEGA blaster ever! The MEGA RotoFury blaster gives you the option of firing one MEGA Whistler Dart at a time, or slam firing a steady stream of ten darts in a row. Hear the darts whistle as they fly through the air and hit targets up to 90 feet away.  Includes 10 MEGA Whistler Darts. Available at most major retailers nationwide and HasbroToyShop.com.

In this video, we take a look at the Nerf Mega Cycloneshock and N-Strike Slingstrike.

In this video, we take a look at a Prime Sword from Formidable Toys.

Check out all the swords at Formidable Toys’ site: https://formidabletoys.com

While we’re setting up Nerd Drop to move forward producing content, please take a look at our other project, Adult Fans of Nerf! Thanks for sticking with us! 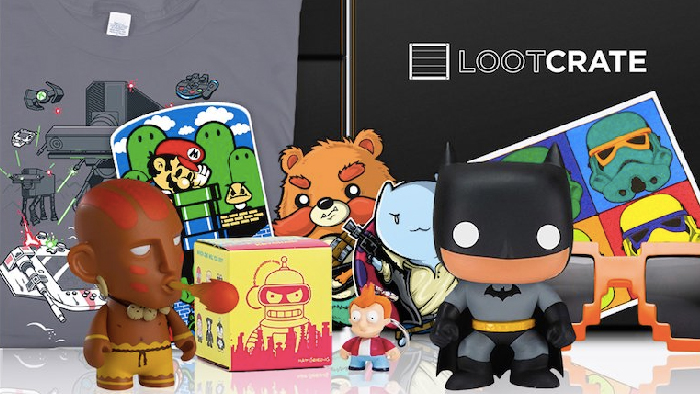 Loot Crate is one of the best nerdy subscription boxes around! Check it out through the link below and spread the word. They work wonderfully as gifts as well!