In this video, we take a look at the Nerf Doomlands 2169 Persuader!

In this video we take a look at the Nerf Doomlands 2169 Lawbringer and Vagabond. 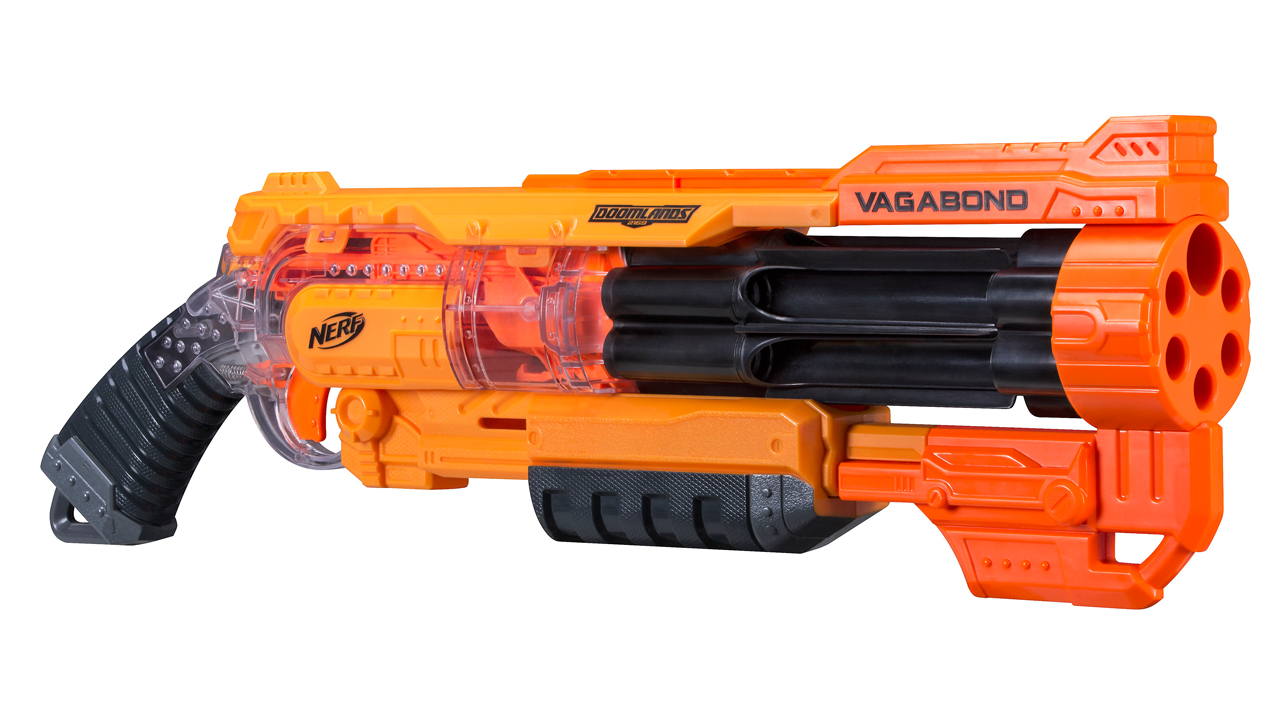 We’ve been seeing some scant information pop up here and there about this for a little bit now, but now it’s official! Nerf DoomLands a Sci-fi Steampunk themed series that (for now at least) is a Target exclusive (in the US) and is set to hit shelves August 1st, 2015.

I have some mixed feelings about these blasters. While I do like the looks of them somewhat, their performance is suspect. Since in the images I’ve seen, the Lawbringer has a grey trigger and that’s not something that instills any amount of hope that they’ll perform well in terms of distance anyway. But we’ll give them a go and see if they’re worth purchasing or not. 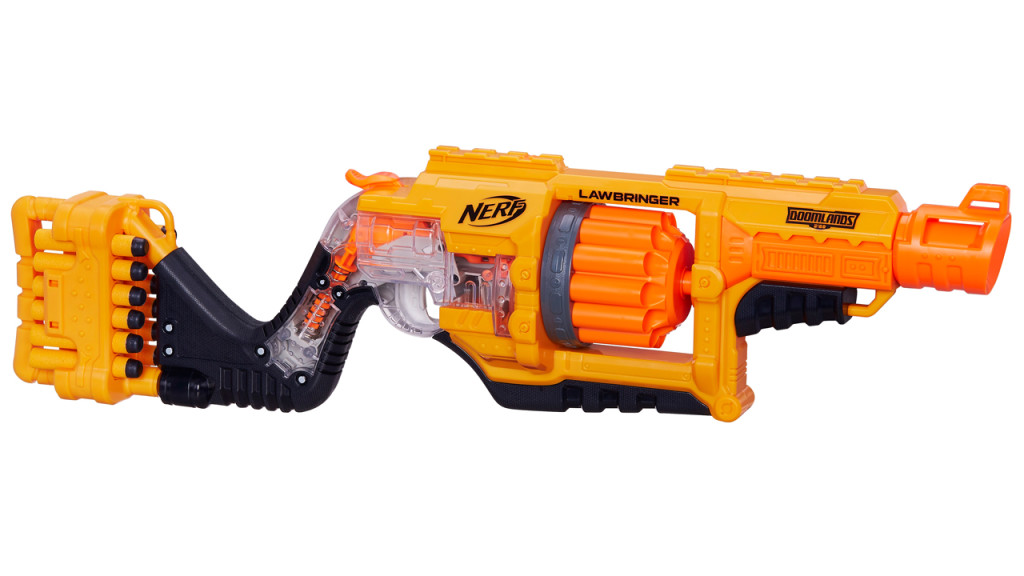 Check out the information we received on the blasters and the ammo pack set to hit shelves in about 5 weeks’ time.

With the debut of the NERF DOOMLANDS 2169 line, members of NERF NATION can become the heroes of the future. This all-new NERF blaster segment was designed to inspire active, imaginative play with a futuristic edge only the NERF brand can provide. The year is 2169, nearly a century after an asteroid impact wiped out civilization as we know it. The post-apocalyptic wasteland once known as earth is filled with bands of marauding thieves and all manners of creatures. Now, the time has come for a hero to emerge from the wild, savage land to deliver justice and freedom to the human race with the new NERF DOOMLANDS 2169 blasters by their side.

The debut DOOMLANDS 2169 lineup, featuring the LAWBRINGER blaster with a twelve dart rotating barrel and the pump-action VAGABOND blaster, is available exclusively at Target this fall and features all new sci-fi steam-punk designs, visible firing mechanisms, and NERF performance. In the epic battle for the future, NERF NATION will prevail.