In this video, we take a look at Daily Goodie Box, a subscription box that despite the name, is a monthly box that is FREE! This box is instead a box of product samples, sent to you for review! All you have to do is go to https://dailygoodiebox.com/ to sign up, and next month you may get a box of your own!*

We took a look at a few products that were sent to us so kindly by the folks at Daily Goodie Box, and wrote a bit about the opinions we shared in the video. 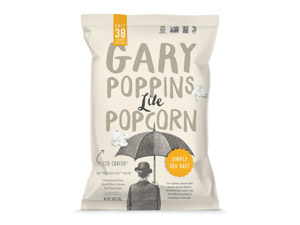 This is a nice, good quality popcorn. However, though the bag was labeled ‘Simply Sea Salt’ there wasn’t but a hint of salt to it. I wouldn’t really expect it to be ocean salty, but it could use a little more salt. It seems to be an air-popped variety of popcorn, and somehow seemed lighter in weight than some other popcorn I’ve tried previously. If you’re in the mood for popcorn, this is a brand worth buying, but I would perhaps add a little extra salt. 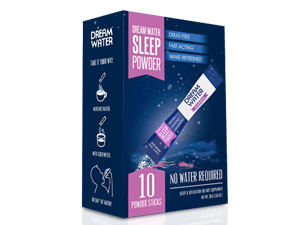 Travis was the one to try the Snoozeberry Dream Water Sleep powder, and from his experience, it seems to work! We were both a bit hesitant to believe the claims of this drink mix, but he did see a difference in his ease of falling asleep. I’m not really sure if this is a plus or a minus, but when mixed with water, he indicated that it didn’t have much of a taste. But I think if something says that it’s some kind of berry flavor, I would personally expect a bit more than a slight hint of a taste. I don’t have any issues falling asleep myself, but since this seemed to have actually helped, I would say that it’s worth a shot if you have some nights of difficulty falling asleep (but I wouldn’t substitute this for medicine). 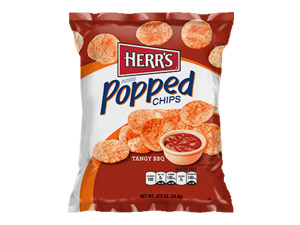 Texturally, Travis thought that these were okay snacks. They are a bit reminiscent of rice cakes, and closely mimic the Special K Popped Chips. However, the Tangy BBQ flavor didn’t really come through. There was a bit of a sweet and tangy taste to them, but they just didn’t deliver on that BBQ flavor that one expects from a BBQ chip. He said that they were fairly bland, and the coating was very unevenly distributed. In Travis’ opinion, they were good as a free snack, but nothing he’d buy himself. 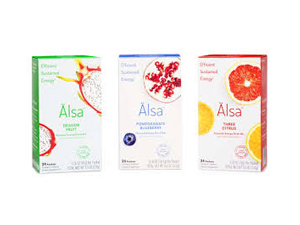 I tried the Pomegranate Blueberry First, and then I tried the Dragon Fruit. The Pomegranate Blueberry tasted okay, and the Dragon Fruit didn’t taste very good. It seemed to have a somewhat chemical-like taste to it and it smelled reminiscent of the Bottle Caps candies. It almost seemed to have a chalky smell to it, if there really is such a thing. The Pomegranate Blueberry did have a bit of this, but not as bad as the Dragon Fruit. As for the actual effect of the mix, I would say that I didn’t really feel any different even 15-20 minutes after. Something about secret and proprietary blends of ingredients doesn’t make me too hopeful that a product will do anything. If I were to see this available in the store, I would probably be interested at first, just looking at the packaging, however having actually tried this drink mix, I would definitely pass it by. 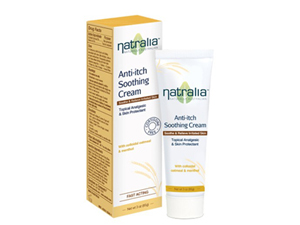 This oatmeal based anti-itch cream was something that we were both able to try, and we have to say that it worked for us. It does have a little menthol smell to it, but that quickly dissipates along with that itch. If we were in need of an itch cream, I think that this is definitely something we would search out to use. I know I’ll be keeping it handy this coming spring/summer for bug bites or sunburnt skin. 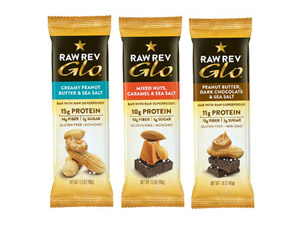 We received the Peanut Butter, Dark Chocolate, and Sea Salt variety of this superfood bar. It’s ingredient list does have a lot of raw ingredients, however it also has some weird stuff that we had trouble pronouncing. We were still willing to give it a shot though. The appearance and texture was very similar to other energy and protein bars we’ve tried, a bit mealy and soft, almost like a chocolate taffy with ground peanuts in it. We most definitely didn’t like the taste of this bar. If it were some kind of end-of-the-world scenerio, I could see myself eating something like this, but only after I’ve eaten almost everything else. It had a dark bitter chocolate and peanut taste with an odd chemically note to it. 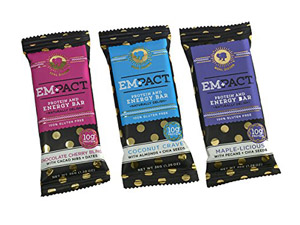 We were a bit worried going in to this bar after trying the Raw Superfood bar. Especially considering we had the Maple-Pecan flavored bar. It just didn’t sound that great to begin with. I’m not a huge fan of pecans. When we removed it from the packaging, the first thing we noticed was that it looked almost like every other protein bar out there. The next thing we noticed was the smell, which was quite a pungent thing to experience. Even so, we were willing to give it a shot in the flavor department. This was a mistake. The texture was that of a sticky tootsie roll, and the flavor was just awful. I don’t know how this got past any kind of taste testing. It was quite difficult to continue chewing this bar.

Overall, Daily Goodie box is a cool service. Even though we didn’t like some of the products, we still want to give our honest opinion. That’s pretty much the whole purpose of this service, to tell companies whether their products are something we would buy and use in our daily lives. We certainly hope that we’re lucky enough to get another box. Keep an eye here, and on our Youtube channel, to see if we get another!

*Boxes are distributed in a lottery-like system.

In this video, we take a look at the Zuru X-Shot Bug Attack Rapid Fire and Eliminator from the Bug Attack Value Pack.

Note that we had trouble finding the Value Pack for sale, but they can both be found at Toys ‘R Us. The Eliminator for $14.99, and the Rapid Fire for $9.99.

In this video, we take a look at the Precision Rubber Band System; specifically, the Chiron Blaster.

In this video, we take a look at two new BoomCo blasters: the Flipbow and the Breakflip! These two white/blue variant blasters are Target exclusives.

In this video, we take a look at Transformers Combiner Wars Rook and First Aid, two more of the Protectobots that form Defensor.

In this video we take a look at two double packs of BuzzBee’s Air Warriors front-loading blasters: the Wizard and the Gem.

In this video, we take a look at Transformers Combiner Wars Blades and Streetwise, two of the Protectobots that form Defensor.

In this video, we take a look at Buzz Bee’s Air Warriors Air Max Boss, which fires their new XL Distance Darts, a competitor to Nerf’s Mega Darts.

In this video, I take a look at Marvel and Pop Vinyl’s Secret Wars August Collector’s Corps Box, and it’s a good one!

In this video, I unbox and review Geek Fuel’s August crate, which wound up being a bit messy.

Do you know of another good nerdy Subscription Box you’d like for us to review? Please leave suggestions in the comments below!